It's been a while since I wanted to upgrade my linux kernel on my OVH VPS SSD. But for some reason I couldn't manage to do it. I was stuck understanding why I couldn't figure it out while I have been able to do so for other servers and Linux distribs.

Here what I found after two evenings and a backup (using OVH snapshot option). Never forget to backup before messing with configuration.

Find the Linux kernel to install :

This is where I struggled. All the posts I found on Internet mention GRUB or syslinux. But nothing on extlinux even on the official Debian wiki.
Until when I found that extlinux is a variant of syslinux and OVH uses extlinux.

So I proceed to update the configuration as mentionned in the official extlinux wiki with :

But still no luck until then I found this serverfault answer that says :

I had the same issue, also on OVH after the last update. After looking in the boot folder, I had two different versions: vmlinuz-3.16.0-4-amd64 & vmlinuz-3.16.0-5-amd64 I changed in both extlinux.conf files the version and it worked.

Ah ! So I searched for this second config file :

Here you are !!!
All what remains is then to update both files, reboot the server and TADA ! I have my new linux kernel.

This blog post is part of the "Revisited" series.

I just finished the book Sprint: How to Solve Big Problems and Test New Ideas in Just Five Days - Jake Knapp, John Zeratsky, Braden Kowitz. It describes the Google Design Sprint and how to run one. 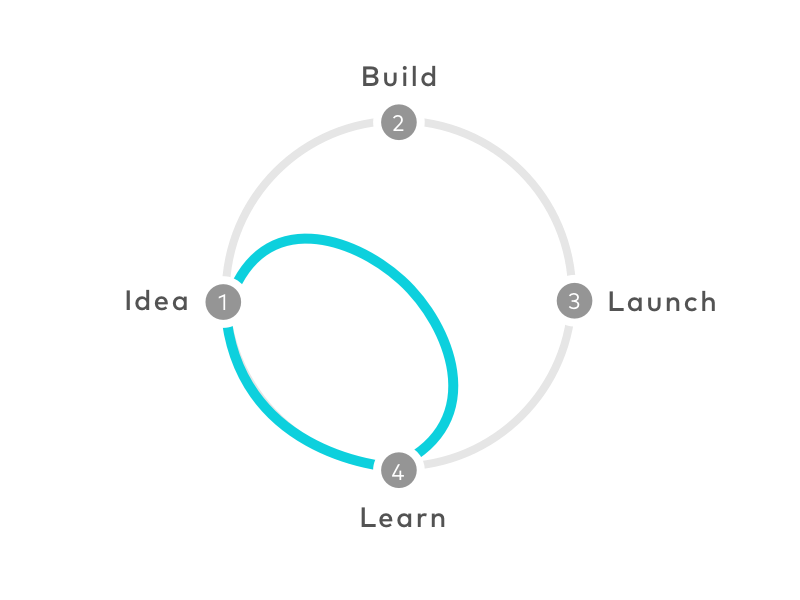 The sprint gives teams a shortcut to learning without building and launching.

The sprint is a five-day process for answering critical business questions through design, prototyping, and testing ideas with customers. Developed at GV, it’s a “greatest hits” of business strategy, innovation, behavior science, design thinking, and more—packaged into a battle-tested process that any team can use.

Working together in a sprint, you can shortcut the endless-debate cycle and compress months of time into a single week. Instead of waiting to launch a minimal product to understand if an idea is any good, you’ll get clear data from a realistic prototype. The sprint gives you a superpower: You can fast-forward into the future to see your finished product and customer reactions, before making any expensive commitments.

This page is a DIY guide for running your own sprint.

Overview of the process

On Monday, you’ll map out the problem and pick an important place to focus.

On Wednesday, you’ll make difficult decisions and turn your ideas into a testable hypothesis.

On Thursday, you’ll hammer out a high-fidelity prototype.

And on Friday, you’ll test it with real live humans.

Full process can be found here.

"Michael Margolis and Alex Ingram had interviewed staff at cancer clinics, and with help from Amy, they told us how trial enrollment worked" - page 62

The bigger the challenge, the better the sprint - page 26

"Here are three challenging situations where sprints can help :

Nobody knows everything (Ask the experts) - page 70

"Instead, the information is distributed asymmetrically across the team and across the company. In the sprint, you've got to gather it and make sense of it, and asking the experts is the best and fastest way to do that"

"Recruit customers with Craiglist [...] The secret is to post a generic ad that will attract a broad audience, then link to a screener survey to narrow down to your target customers [...] We offer a small stipend or token of appreciation - usually a $100 gift card [...]".

"Sometimes when people work together in groups, they start to worry about consensus and try to make decisions that everybody will approve."

"During the sprint, Oscar had succumbed to camaraderie. He wanted to let the team make the decision. But the idea the team chose wasn't the idea Oscar was most excited about. Later, after the prototyping and testing were over, he reverted to his normal method of decision-making [...]."

"But perhaps the biggest problem is that the longer you spend working on something - whether it's a prototype or a real product - the more attached you'll become, and the less likely you'll be to take negative test results to heart. After one day, you're receptive to feedback. After three months, you're committed".

"Newton didn't read the sample pages that evening. Instead, he handed them over to his eight-year-old daughter, Alice. Alice read them. About an hour later, she returned from her room, her face glowing with excitement [...]".

"Alice didn't analyze Harry Potter's potential. She didn't think about cover art, distribution, movie rights, or a theme park. She just reacted to what she read. Those grown-ups tried to predict what children would think, and they were wrong. Alice got it right because she actually was a kid. And her father was smart enough to listen."

"In the following pages, you'll find checklists for every part of your sprint. (You can also find these lists at thesprintbook.com)."

This time it's Clean Code written by Robert C. Martin. I highly recommend this book because as an experienced programmer, it describes exactly what I have in mind when I write software or when I read code. Martin expresses clearly what I generally admit and sometimes difficult to explain what is clean code (interestingly, I wrote "good code" as a first intention. But here we talk about clean code. Craftsmanship. Not just "good enough"). He gives a lot of arguments for each of his points.
There is also a comprehensive list of what the author thinks what bad code is ("smells"). These "smells" are the same thing as code rule checkers (PMD, Checkstyle, Findbugs, ...) that are run automatically within a continuous integration system.

You will find a word on the author, a synopsis of the book and the tips that are the most important to me.

Robert Cecil Martin (colloquially known as Uncle Bob) is an American software engineer and author. He is a co-author of the Agile Manifesto. He now runs a consulting firm called Uncle Bob Consulting LLC and Clean Coders which hosts videos based on his experiences and books.

Even bad code can function. But if code isn’t clean, it can bring a development organization to its knees. Every year, countless hours and significant resources are lost because of poorly written code. But it doesn’t have to be that way. Noted software expert Robert C. Martin presents a revolutionary paradigm with Clean Code: A Handbook of Agile Software Craftsmanship . Martin has teamed up with his colleagues from Object Mentor to distill their best agile practice of cleaning code “on the fly” into a book that will instill within you the values of a software craftsman and make you a better programmer—but only if you work at it. What kind of work will you be doing? You’ll be reading code—lots of code. And you will be challenged to think about what’s right about that code, and what’s wrong with it. More importantly, you will be challenged to reassess your professional values and your commitment to your craft. Clean Code is divided into three parts. The first describes the principles, patterns, and practices of writing clean code. The second part consists of several case studies of increasing complexity. Each case study is an exercise in cleaning up code—of transforming a code base that has some problems into one that is sound and efficient. The third part is the payoff: a single chapter containing a list of heuristics and “smells” gathered while creating the case studies. The result is a knowledge base that describes the way we think when we write, read, and clean code. Readers will come away from this book understanding How to tell the difference between good and bad code How to write good code and how to transform bad code into good code How to create good names, good functions, good objects, and good classes How to format code for maximum readability How to implement complete error handling without obscuring code logic How to unit test and practice test-driven development This book is a must for any developer, software engineer, project manager, team lead, or systems analyst with an interest in producing better code.

"The beautiful thing about [...] is that there is no way you can tell wether the implementation is in rectangular or polar coordinates."
"There is a reason that we keep our variables private. We don't want anyone else to depend on them. We want to keep the freedom to change their type or implementation on a whim or an impulse."
"Hiding implementation is not just a matter of putting a leayer of functions between the variables. Hiding implementation is about abstractions! [...] Rather it exposes abstract interfaces that allow its users to manipulate the *essence* of the data, without having to know its implementation."

"Objects expose behavior and hide data. This makes it easy to add new kinds of objects without changing existing behaviors."
"Data structures expose data and have no significant behavior."

"When we return null, we are essentially creating work for ourselves and foisting problems upon our callers. All it takes is one missing null check to send an application spinning out of control."

"In most programming languages there is no good way to deal with a *null* that is passed by a caller accidentally. Because this is the case, the rational approach is to forbid passing *null* by default. When you do, you can code with the knowledge that a *null* in an argument list is an indication of a problem, and end up with far fewer careless mistakes."

"Clean code is readble, but it must also be robust" (Error Handling)

"From release to release, the cost of maintaining my team's test suite rose. Eventually, it became the single biggest complaint among the developers. When managers asked why their estimaes were getting so large, the developers blamed the tests. In the end they were forced to discard the test suite entirely."
"But, without a test suite, they lost the ability to make sure that changes to their code worked as expected."
"Test code is just as important as production code."

​"An optimal system architecture consists of modularized domains of concern, each of which is implemented with Plan Old Java (or other) Objects. The different domains are integrated together with minimally invasive Aspects or Aspects-like tools. This architecture can be test-driven, just like the code."

"We often forget that it is also best to postpone decisions until the last possible moment. This isn't lazy or irresponsible; it lets us make informed choices with the best possible information. A premature decision is a decision made with suboptimal knowledge."

"Building construction, like most domains, has developed a rich language with a vocabulary, idioms, and patterns that convey essentiel information clearly and concisely. In software, There has been renew interest recently in creating Domain-Specific Languages (DSLs), which are separate, small scripting languages or APIs in standard languages that permi code to be written so that it reads like a structured form of prose that a domain expert might write."

Getting Clean via Emergent Design (Emergence)

"What if there were four simple rules that you could follow that would help you create good designs as your worked?"

The rules are given in order of importance.

"JUnit has had many authors, but it began with Kent Beck and Eric Gamma together on a plane to Atlanta. Kent wanted to learn Java, and Eric wanted to learn about Kent's Smalltalk testing framework. "What could be more natural to a couple of geeks in cramped quarters than to pull out our laptops and start coding?" After three hours of high-altitude work, they had written the basics of JUnit."